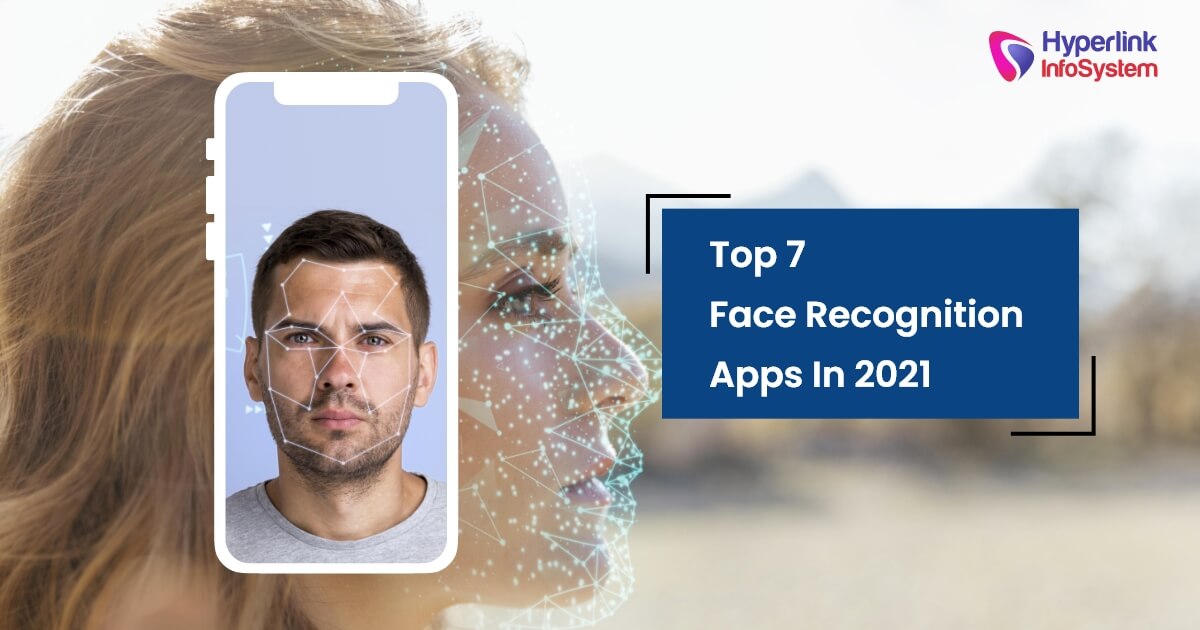 • Introduction
• What is facial recognition?
• Uses and Advantages
• The best face recognition apps in 2021
• Conclusion

Today, facial recognition is both a practical and recommended passwordless identification feature. The technology itself belongs to the field of apps based on pattern recognition theory, which emerged long before modern computer systems.

Pattern recognition is a special part of brain activity, and therefore, in the spectrum of computing disciplines, recognition tasks belong to the problematic of artificial intelligence.

The working algorithm of facial recognition technology consists of two stages: the first is identification (who is this person?) And the second is verification (is it the person pretending to be?).

What is facial recognition?

Facial identification is the second most common and popular biometric technology. However, due to the characteristics of the identifiers used described below, it is generally used as an auxiliary to other biometric methods such as identification with fingerprints or others to determine and confirm the identity of a person.

Why is biometrics so attractive? The answer is seemingly simple, since it is an integral component of a person that does not change over time and serves to identify him in a unique way.

In reality, this is not entirely true. If we think of various biometric authentication technologies, these statements have different levels of validity, being quite effective in the case of recognition by fingerprint or by the iris of the eye, but not through voice or face, since these parameters undergo significant modifications throughout life due to physiological changes.

As for facial authentication, here the person himself can radically alter his image in a fairly short time. For systems that use this source of identification, the shaved mustache is not a problem, but if a person did not have a mustache or beard and then grows it, then they will hardly recognize it.

Anyone can encounter a dozen situations in life that lead to a significant change in a person's face. If, in addition, we consider the possibilities of modern plastic surgery, the assertion of the immutability of the identifier for a long period of time generally loses its credibility.

The same can be applied to the voice. Not only does it change, but it is also subject to serious changes caused by various diseases, mainly colds, not to mention the fact that a person can temporarily lose their voice, that is, their means of identification. It is something quite common and it has happened to almost anyone.

The degree of ambiguity of the identification is also a relative concept, since everything depends on the level of identity or authentication rigor configured in the system. When we implement biometric fingerprint authentication in our organization, we find that almost anyone, after trying different fingers in different positions for ten to fifteen minutes in the app, can authenticate with another user's account.

How is it possible if a person's footprint is unique? The fact is that these systems do not directly compare two fingerprints. Initially, when registering in the system a person places a finger, it is scanned and, in general terms, a certain mathematical model - convolution - is formed at certain points of the papillary pattern. In subsequent authentication, the finger pattern is scanned and the mathematical convolution is recalculated, this being the one that is compared to the reference. Obviously, each time a person applies a finger differently, the scan area changes, so the personnel access control system establishes the strictness of the match of both impressions.

Also Read | IoT Platforms From The Cloud: 6 Advantages For Business

The best face recognition apps in 2021

It is an application that has long been considered one of the best for the protection of personal data on the phone. It was created with the aim of controlling staff access to mobile applications, creating materials or products such as photos or videos, and saving data in the personal cloud of each user who uses Vault.

With a large number of downloads on Android's Google Play, this data security app focuses on unlocking through voice and face recognition of the user. It also helps to close the entry of message apps on social networks and photo and video gallery.

Blippar is one of the most interesting suggestions because it brings together two of the newest and most cutting-edge technologies: artificial intelligence through facial recognition and augmented reality. The app consists of a reality or world scanner. If the camera is activated when it is opened and points to some element around us, it will show all the information that the internet has about it.

Biometric recognition apps are not just for protecting personal data, they can also be used for entertainment. Almost every person has wondered which celebrity they resemble the most and this facial recognition app gives Android users the ability to match their face to the celebrity they look like, as well as superimpose their face on the of the famous.

This biometric analysis and face detection app helps implement security on the mobile phone or device by allowing the Android user to unlock the Smartphone or files through biometric recognition.

In this application, faces can be detected in real time with the Smartphone through the camera, and once this happens, photos or images can be generated to share them on social networks.

The programmers of this Android application suggest that it offers better facial recognition compared to that found in the operating system to open the screen. By looking at the comments of people who have downloaded and installed it, we can tell that this is true.

The number of applications that use facial recognition technology is continuously increasing.So, it can be assumed that in a while there will be many more apps like these. As time passes, the usefulness of the applications will be even more and it will be seen that this technology will be totally put into the normal life of people. Already today it can be seen that biometric technology facilitates life and information security.