Develop a Live Streaming App Such As Periscope 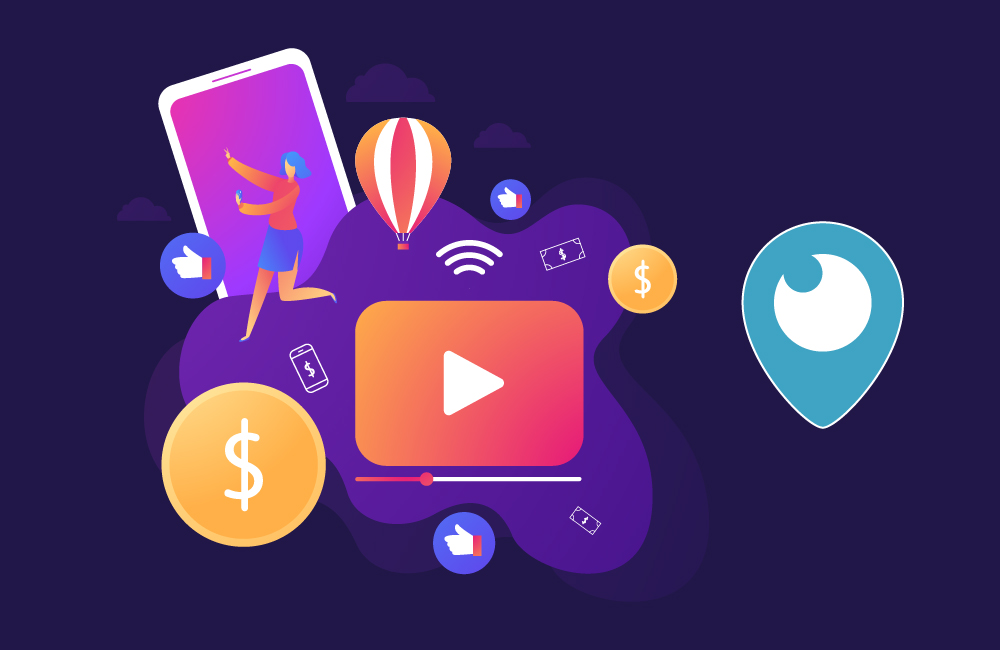 When you are in a public event, most of the people are with a 'smartphone'. Many take photos to remember, others make videos and there are those who are connected at all times. However, there are applications with which you can broadcast live.

Periscope is a Twitter app - perhaps the tweets and photos posted instantly at an event didn't seem like enough - then broadcasts live video. Now, thanks to this app, you can see what your favorite celebrities are doing.

It is a simple application. When you open it, you see the live streams or videos available at that time. There, you can also create your own broadcast or access your list of friends, which are those people you follow on Twitter.

When you start a 'streaming' or live transmission over the internet, you can make it public or private and choose if you want it to have audio. If you like the transmission you see, you can send hearts which is the same as a favorite on Twitter or a like on Facebook with the great difference that you have the possibility to send them whatever you want.

Another feature that draws the attention of this application is that it not only does the live broadcast, you can also replay the videos that have been made in the application.

If you want to be aware of when a user you follow on Twitter starts a broadcast, Periscope will send you a notification so you don't miss a single moment. In addition, it will also notify you if you get followers.

If you are an iOS or Android user, download this application and show the world what you have the opportunity to observe, but others do not.

Alternatives To Periscope For iOS And Android

Periscope has become a social phenomenon that has gained huge popularity so far this year. The main ingredient for its success has been its ability to broadcast live streaming video. However, it is not the only application that offers these types of benefits. Both the App Store of Apple and Google Play for Android house several applications, some even now best known, offering the same functionality.

A smartphone, with the right software, becomes a joy. A tool as versatile as you can imagine since the thousands and thousands of apps available in the app stores of the main mobile platforms - iOS and Android - offer a multitude of services. If social networks are one of the most frequently used apps, the latest trend is closely related to the latter since they complement each other. In this case, we refer to the live video broadcast from the phone camera, recordings that can be broadcast in real time on social networks to achieve greater dissemination. Hyperlink InfoSystem can assist you with an app that is similar to Periscope. Depending on its features, such app will cost around $4000 to $10000.

In this regard, Periscope has managed to win the favor of Twitter users in a few months. And it is that the app associated with this social network is one of the most recurrent due to its ease of use. Although it has a lot of ground gained, it is not the only alternative in this field and in fact the largest in the sector already have their own service that rivals Periscope video streaming.

If there is a worthy rival for Periscope, it is Facebook's live video service. The social network launched Facebook Live with which the user can stream video from their account. The advantage of Facebook Live is its integration with the Facebook application itself.

The user only has to click on the last icon that appears in the options chapter, in the lower area, of the What is happening?, from where we can write any publication on our wall. After setting the broadcast, the user can publish his video recording in real time for his contacts to see.

The truth is that it is not an alternative for now since it is in full development. But given the importance and weight of YouTube on smartphones, it will be a matter of time before YouTube Connect is imposed as one of the most interesting alternatives. And the search engine seems to be ready to launch an app that complements its streaming video service so that the user can enjoy their own live broadcasts.

One of the great attractions before Periscope appeared. Meerkat, available for both iOS and Android, had its moment of glory for precisely the same reason as the Periscope app itself. And it is that Meerkat allows you to publish a video streaming on the Internet in just a few steps, through Twitter.

Another application that can offer benefits Periscope is Stre.am. An app that is available for both Android devices and for iPhone and iPad, this in turn is capable of recording the video in the memory of the devices at the same time as streaming is broadcast. The associated service is complemented by a social part that allows you to follow the videos of other users and even chat with them.

Although a streaming video platform, it has the respective apps for iOS and Android. The benefits are the same as the rest of the options, but this time associated with an independent platform.

We can consider LiveStream as one of those services prior to Periscope that has been adapting to the demands of the competition and the preferences of the users themselves. With applications for iOS and Android, the app is capable of offering live video with high image quality, the possibility of chatting with the users available on your channel and, in turn, interacting with other broadcasts from other channels.

Like LiveStream, the Ustream service was born for the web and has adapted to the world of smartphones with both apps for iOS and Android. With this app, we can mainly broadcast live video, either through a WiFi network or through our own 3G or 4G mobile connection.