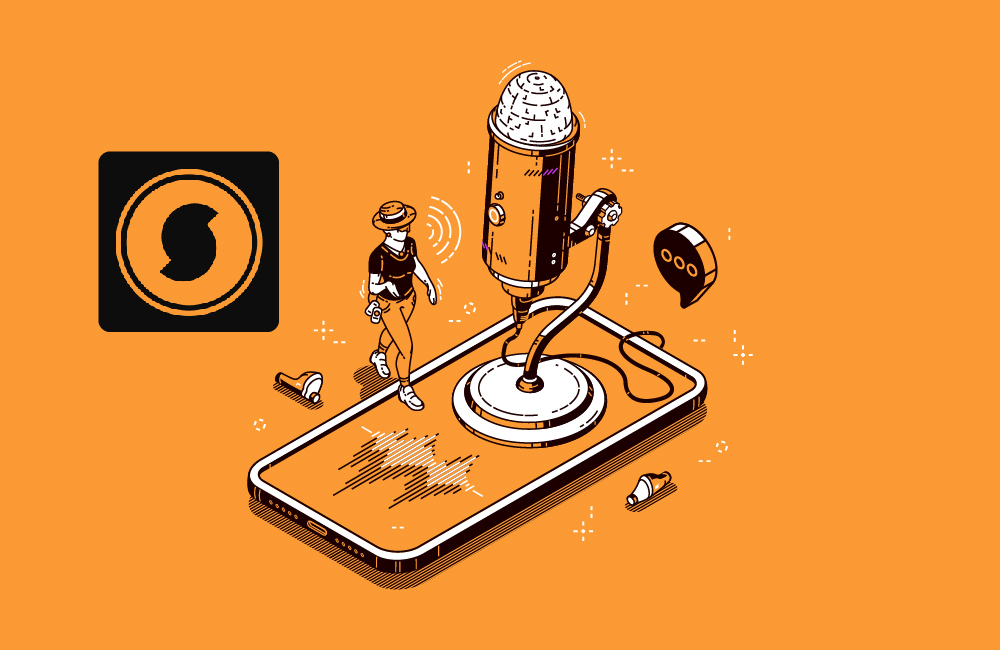 SoundHound offers the same service as Shazam. With a single touch, we can find out the title of the song and the album of the group, listening to only an extract. Settings allow you to browse your most searched songs and share a song on social media.

SoundHound offers the opportunity to create a personal profile, in which you can save your favorite searches and excerpts. The interface is quite different compared to Shazam, instead of white and blue, it uses to black and orange. To remove the ads, you need to buy the paid version.

It is an application that allows you to search and find any type of music quickly. It recognizes what is playing, shows the name or title of the song and other information, which refers to the group or the artist who made it. You just have to place your phone in front of the emitter and, in just four seconds, the result will be displayed. It is also capable of discovering the title of what you hum yourself.

SoundHound takes care of storing all the data of your discoveries in its history. It is also capable of displaying other hits of the identified artist, buying songs directly from iTunes with just one touch, listening to songs, discovering similar artists, or sharing what you have found via email, Facebook and Twitter.

The application also offers the possibility of carrying out an exploration of the music that stands out the most at all times, showing artist biographies, videos embedded in YouTube, discography, and other sections. It supports spoken search and it looks for the artist or song directly. It supports multiple languages such as German, French, Spanish and many more.

Soundhound and Shazam have a very simple and straightforward use: identifying songs. And they both do it quite efficiently. Both applications are similar in their functionalities and they don’t have much edge over each other. Choosing one over the other is more about personal preference. Both Shazam and Soundhound have been copying each other’s features over time. That has made them practically the same.

For example. Shazam puts a list of the last songs identified with the possibility of classifying them at our disposal. Soundhound does it in a similar way too. The latter allows us to see what our friends have identified in recent days, Shazam as well. The two applications have popularity lists and song recommendations as well as an interesting identification map where we can see the songs that people around us are listening to.

The differences between both apps are few and far in between. On the one hand, Soundhound includes a player that allows us to load the songs that we have on our iPhone and thus be able to see the information that we would have as if we had identified it through the speaker. On the other hand, Shazam has a cleaner interface, making everything clearer and more accessible and providing us with more options in the song information.

Soundhound offers a simple interface that is very easy to use. It basically consists of a central button that, when pressed, will activate the recognition of a song. You can search for the title of a song when listening to it from another mobile device or even if we hum it. If you don't feel inspired to sing, but you remember the title of the piece even though you don't know the name of the artist, you can tell your phone the title of the cherished melody, telling your phone what you want to find.

The sound can come directly from a speaker, as it usually happens in most applications of this type such as the famous Shazam, or the pioneer Midomi. Soundhound will show us the information of the song that is playing after listening for a few seconds. Also, it recognizes melodies when you hum them into the microphone.

Once the melody has been compiled, the different versions of the song you request appear on the screen. It offers the possibility to search for the lyrics of the song, watch the video on YouTube, buy the song in online stores and access the information of the artist's agenda that interests you, etc. It also gives you the ability to search for music on Spotify to listen to it by logging into that application.

Music recognition takes place in real time thereby eliminating latency. You can identify songs with as little as 2.5 seconds of audio, and even in noisy environments.

Regarding the possibility of humming the music, this application incorporates the S2S hum recognition connected to a database with millions of records of users. The app works regardless of user tuning or tempo and takes advantage of song lyrics (when present) regardless of language.

A top mobile app development agency such as Hyperlink Infosystem can assist you with the development of an app to search for the title and information about music. The cost of an app similar to Soundhound is on the average of $5000 to $12000 depending on the features to be included.