How to Make a Mobile Application? 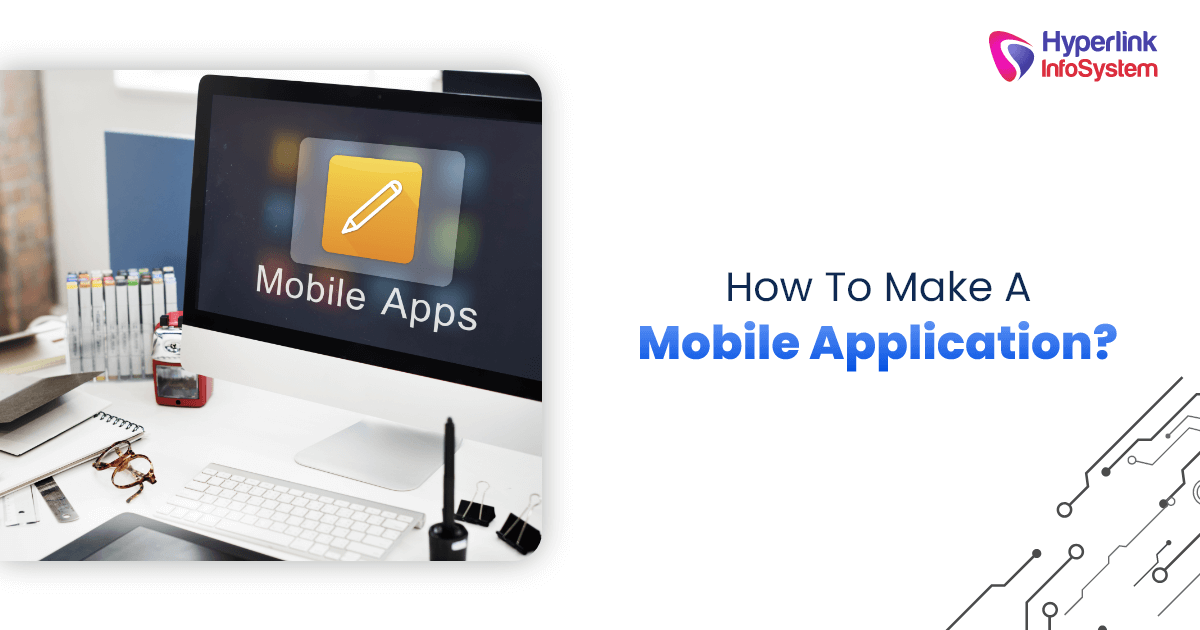 In 2021, partly due to the global pandemic, we have witnessed an explosion in the digital world. The number of users who perform tasks from their devices has increased in an extraordinary way, and along with them, the demand for mobile applications to improve productivity or enjoy their leisure time, among other things.

Naturally, the increase in demand for applications also it increases the number of developers. Many companies, both multinationals and SMEs, know that having a mobile app is a valuable resource, almost essential to maintaining their competitiveness.
This demand makes the profession of app developer a bet for the future for those who are looking for their first job or want to expand their options. How do you make a mobile application? What do you have to study to become an app development professional?

What do you have to study to develop a mobile app?
To develop mobile applications, there is not a single specialty that can be studied. Some decide to take specific app creation courses, while others choose to study Computer Engineering to have a more complete knowledge. Then there are courses in stage design, animation and 3D rendering, which generate environments and characters that are sometimes needed, especially if it is about programming video games for mobile phones.

In addition, there are different types of applications with different characteristics, further expanding the catalog of developers for whom you can prepare. Some of these focus on leisure or productivity, and others are designed to improve security, manage large volumes of data, augmented reality for interior design and decoration and a long etcetera. That is why you may also need knowledge about calculation, web design, AI or social networks, depending on the degree of specialization for which you want to prepare.

When it comes to app programming languages, there is also a wide variety. The most visible areas are developed in HTML or JavaScript, and backend are Java, C. PHP. Python and more. Depending on how you study one or the other, you can be a front-end developer (visual part, which is shown to the user), back-end (the internal codes that make the app work) or a full-stack developer, who moves through both fields with the same skill. The normal thing is to study to be the latter professional and be able to make a mobile application from scratch to the final result.

Of course, it is also highly recommended to study English because it is the language in which we find the greatest amount of resources. The main forums and sites with updated information are in this language. Not to mention programming languages, whose commands are also handled in the language of Shakespeare.

It does not hurt to have knowledge of marketing and trend analysis. This is because it is important to know the potential that an app can have before developing it. If an application is built that is not going to reach the right audience, a great deal of time and resources will have been wasted.

Therefore, it is necessary to study one or more of these disciplines to develop a mobile application:

Is it possible to develop mobile apps without knowing how to program? Actually, it is, since there are tools that make it possible. These are the best today:

For users with programming knowledge, there are also very useful tools, which facilitate several of the tasks necessary to launch a mobile app:

Harnil Oza is the founder and CEO of Hyperlink InfoSystem, one of the leading app development companies in India, USA, UK, and around the world. Being the founder of the company, he takes care of business development activities and maintains relations with clients. His charismatic and result-driven approach has benefited the company to grow and achieve this height where the company stands right now.

How To Develop A Fintech Mobile Application With Today's Trends

Top 5 Document Scanner Apps For iPhone and iPad in 2022

Top 5 Intermittent Fasting Apps That You Must Try in 2022