What To Know About Mobile App Development In 2022 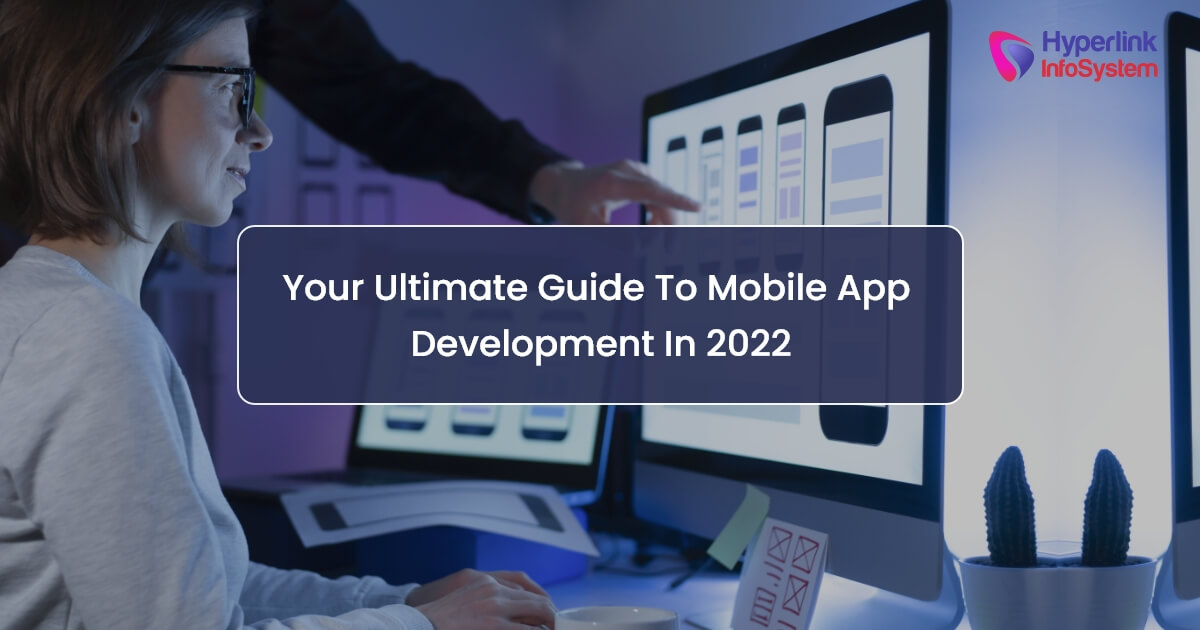 What many people don't know is that the first phone with a touchscreen appeared on the market back in 1993. The portable computer developed by IBM even had an e-mail function. The Blackberry 850 model came out in 1999 with a physical computer keyboard.

Apps were already preinstalled on the small iPhone. App Store made it possible for the first time to download apps from a central store. Previously, finding apps on the internet was a tedious task. In 2008, the first smartphone with the Android operating system from Google appeared. The mobile devices were made by HTC and T-Mobile and were cheaper than Apple's iPhone. The smartphone developed from a niche product to a trendy mass product.

Android was originally developed for digital cameras. Nowadays the software is mainly used for cell phones and smart TVs. Using Android is very easy and accessible.

The system has an associated runtime environment, Android Runtime (ART), and the integrated development environment Android Studio, which was developed by JetBrains. It also offers a paid professional IDE (Integrated Development Environment) for almost all languages, such as PhpStorm, WebStorm or GoLand.

iOS is Apple's operating system, which only works on Apple devices. The system ensures the operation of Apple TVs, Apple Watches, iPads and iPhones.

Apps can be downloaded from the App Store. The integrated development environment XCode can be used for app development. XCode is only available for the Mac, so developers need a Mac to compile developed apps.

The common programming languages for developing iOS apps are Swift and Objective-C, both of which are used via the Cocoa framework. Although Objective-C is the older language of the two, it is still used. The newer Swift has been around since 2013 and is considered to be faster and more powerful. The apps are compiled directly in machine code.

In addition, C and C ++ can be used for app development and Java and Ruby can also be used indirectly. Since Swift and Objective-C are only designed for iOS, apps can be programmed more specifically and the results can be checked more easily.

The user interface of iOS apps is mostly minimalistic and elegant. When using it, great importance is attached to the high level of connectivity with the hardware of other Apple devices.

What is the purpose of mobile apps?

Apps are essential components of mobile devices. They can be used, for example, to customize the desired apps on the smartphone according to your own needs. So the smartphone is not just a phone. All the necessary functions can be folded out like a Swiss Army knife, depending on use. You can communicate, research, get information, navigate, shop, pay anywhere, anytime. You can also consume and produce media.

The conception of apps depends on the size of the project and can therefore look different. However, there is roughly a proven process that is evident in most development processes.

The first question here is: What should my app be able to do? It is important to find out the added value of the app.

To visualize the whole thing, a roadmap is helpful, which contains the elements “Epics”, “User Stories”, “Tasks” and “Type of User”.

Epics make up the largest part. Here, a larger functional area is described with requirements for the app that cannot be met by a single function or session. They contain multiple user stories, which is why they can also be viewed as a collection of related user stories.

Tasks represent the smallest part. A user story can contain several tasks in order to meet the requirements that have been derived from them. An example of this would be to build a login form for the user story “I want to be able to log in as an end user”.

Type of User are user groups who use the app. You put the "WHO?" in the user stories so that different functions and authorizations can be set up. These are, for example, administrators, registered users or subscribers.

In this way, the initial question can be broken down into smaller and smaller tasks for which developers can find solutions and put them into practice.

One of the main advantages of developing a mobile app is that it offers a better user experience. Navigation on an application is easier compared to a website on mobile. This is explained by the fact that sites are often designed for a desktop version and then adapted to mobile via responsive design. While the applications are directly developed and designed for mobile phones. Thus, access to information is adapted, simple, ergonomic and accessible.

The mobile app is engaging and helps build customer loyalty. It creates links and interactions between consumers and a brand.

Downloading a mobile application is already a first sign of commitment from a customer. Then, he will see the application on his mobile every day. It will therefore be easy for him to click and browse the application rather than opening an Internet page, searching for the site and then surfing.

In addition, it is also possible to send push notifications to communicate and attract the attention of consumers.

• Improvement of the company's image

• Use of mobile features

Mobile apps can integrate the functionality of phones and tablets. It thus makes it possible to offer new experiences and services to consumers. The most useful is the push notifications, that is to say an alert message displayed on the screen of users' smartphones. It can take the form of a sound message, a vibration, a banner or a badge on the application icon. It is thus used to inform and interact with customers.

A mobile app offers many advantages to both businesses and users. Developing a mobile application can increase the visibility of a company. It is an additional way to make yourself known on different platforms. Our developers at Hyperlink InfoSystem can assist you with the development of a top mobile app.

Harnil Oza is the founder and CEO of Hyperlink InfoSystem, one of the leading app development companies in India, USA, UK, and around the world. Being the founder of the company, he takes care of business development activities and maintains relations with clients. His charismatic and result-driven approach has benefited the company to grow and achieve this height where the company stands right now.

How To Develop A Fintech Mobile Application With Today's Trends

Top 5 Document Scanner Apps For iPhone and iPad in 2022

Top 5 Intermittent Fasting Apps That You Must Try in 2022