PHP vs Python: Which One To Choose For Web Development? 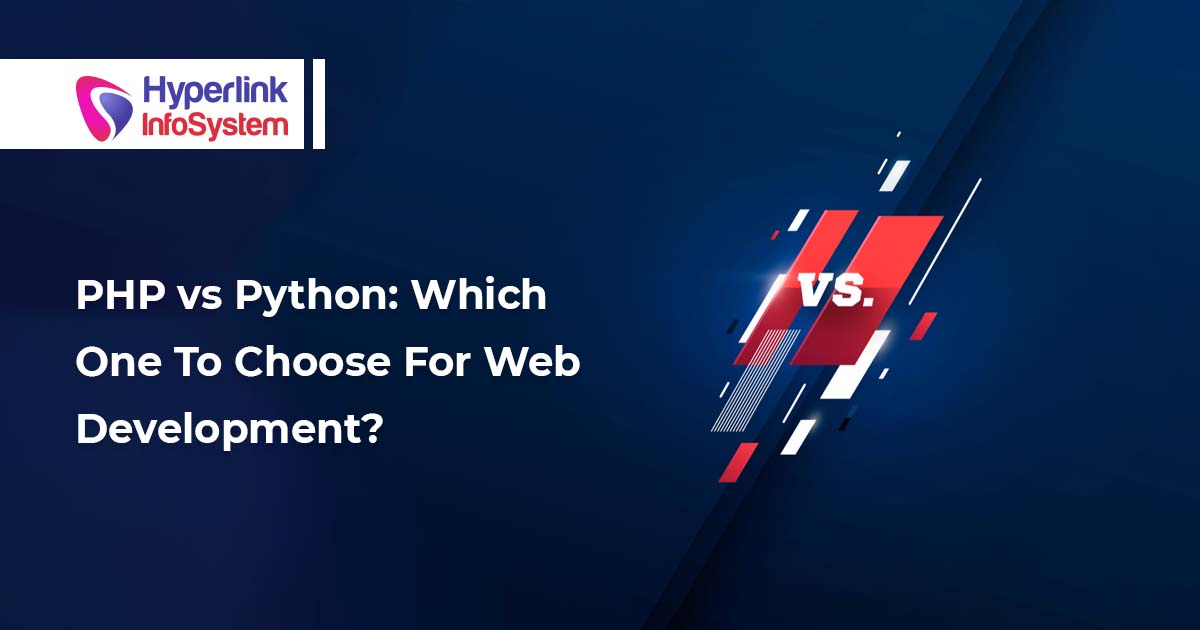 What is the best web development environment?

What is better PHP or Python?

What has more advantages PHP or Python Development?

What is more easy Python or PHP web development?

These questions have seemed to trouble web developers'  minds for a long time. Do these questions bother you too? If yes, this article is for you! Today, we will learn which web development is easier and more advantageous: PHP or Python. So without further ado, let us get into it!

Python is an object-oriented functionality-based programming language. This has special libraries for the assortment of databases. It is easy to compute databases with and hence is the choice of some top web development companies. It is as easy to learn as java. It uses functionalities like dynamic binding.

Python is also versatile and runs on all major platforms including Linux. It is majorly used by science sectors for machine learning and deep learning model applications and testing. It has been launched for 20 years and many web developers have gained expertise in it ever since.

Some facts about python:

There are numerous advantages to using python. Some of these are given below:

Now that we have learned about the various advantages of using python let us look at some of the cons of this programming language.

So you might be wondering where this programming language is used. Well, we are here to help you with that. Python is used in various sectors. It is mainly used for development purposes by website development companies.

Python is also used for performing data analysis and sorting databases in an easy and less tiresome manner. It is also being used by scientists and health professionals in various fields like predicting the return of cancer and deep learning models for the analysis of various mental health illnesses. It is also used by the finance sector to keep a track of property details.

PHP stands for hypertext preprocessor. It is used for development and works on a variety of programming platforms ranging from Linux to windows. It is extremely user-friendly and is used mainly for the front-end coding of an app. It is free to use and easy to grasp. This is the reason it is chosen by noobs as well as top web development companies. Here are some facts about PHP:

Now that we know a few things about PHP, let us look into the pros of using it for web development. The list of advantages is as follows:

After reading the pros, hire web developers would also want to take a glance at the cons of using this language. The list given below might help you to consider the same. It is as follows:

Hence, this was also about the advantages and disadvantages of PHP. But where exactly is PHP used? It is used in both clients as well as server-side scripting. It is also used to take user inputs in forms, and create dynamic websites that are easy to navigate for users.

Sessions and cookies, which store the data of the client temporarily and help in the customization of data according to the taste of the user are also created with the help of PHP. Another use is sending emails to clients for marketing and this base is topped up with highly decorate CSS and functional HTML.

PHP used hash codes that help in the easy encryption of data. This adds layer of security to the sensitive data that is being retrieved from the client through the forms that they submit.

In the debate of PHP vs Python, the choice can be extremely confusing to choose one. Both have their own pros and cons. When it comes to python is extremely easy to code and is even used by scientists to sort out databases and predict the behavior of given data. On the other hand, PHP is used by web development companies for client-side scripting since it is extremely functional. This is used for taking inputs in the method of forms. Hence, one is advised to choose wisely before taking the final decision between these two.