Develop Your Next Game With Unity 3D 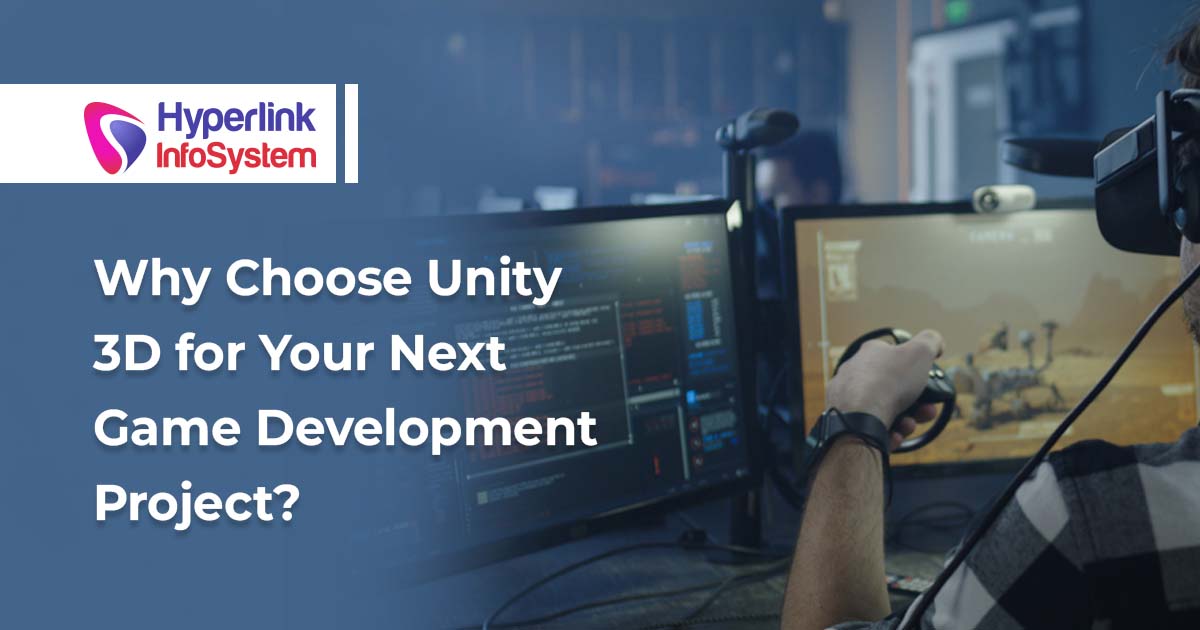 There are a number of gaming development platforms that have been used worldwide. But there are very few that give you the perfect building experience. Well, it is not their fault at all, because all the platforms are built for different types of gaming. For example, we can say that the game built by SuperCell can not be built by Tencent gaming and vice versa.

If you want to build an overall mind-blowing game then Unity 3D is the platform that can provide you with great development ideas. It has great game-playing options and features with which the developer can build a game easily. Unity 3D makes virtual worlds pop out alive so that you can build and program your game seamlessly and effortlessly.

7 Reasons To Use Unity 3D

1) It Is A Free Platform

Actually, Unity 3D is not very completely free, but like other game development platforms, it has two versions. First, one is an ordinary free version and the second one is called the pro-form of it. Although free form includes almost all major gaming feature highlights and on the other hand the proform is embedded with the features like sound channel, feature playback, and 3D composition to build a game.

But the forms may be different in features but Unity 3D does not cost anything to rev up the whole game meaning even with the free form you can have a perfect build-up game.

Well, Not only on iOS, Mac, Android, and PC Unity 3D gaming is also available on some consoles too. You may easily create the games for all the platforms in a similar way by just using Unity 3D. YOu may design several stages of the game using the same software too. In other gaming development platforms, it is tough to port to the next level but with unity, it is pretty easy. Also, you may make every stage more and more interesting using Unity 3D.

When it comes to building characters, buildings backdrops, and forth some game development platforms face major issues in that but not Unity 3D. It works so smoothly with the Asset feature too. They provide all kinds of requirements to the developer. The asset store is not only essential to game developers it is also essential for craftsmen, musical artists, and modelers.

The scripting language they use in Unity 3D programming are Javascript and C#. So do we know that these languages are not very uncomfortable or tough to use while we build a game?

Well by its name it is pretty understandable that Unity 3D is mostly known for designing 3D games but as it turns out that it is pretty effective on 2D Games also. 2D games can be built by Unity 3D for mobiles, PCs, and consoles too. So what works hard in building 2D games in Unity 3D. The experts say that Unity 4.3 is an implicit motor that helps people (Mostly developers) to build their games more effectively and more efficiently.

Rather than 2D games Unity 3D also works properly on multiplayer games too. In fact, there are some multiplayer games built with Unity Engine that have the label “Best” on them. Unity 3D particularly provides Ideas to the developers- mind-blowing ideas to be precise- so that they can build a game for players all over the world and compete with each other without any barrier.

For example Solstice arena was developed by Unity 3D and it has earned large popularity all over the world.

There is an event for all developers of Unity 3D across the world called “Unite”. Which is held for the discussion of the upgrades and interesting things to do with the realm of Unity 3D.

Most of the mobile gaming development companies over the globe claim that Unity 3D is the best and most versatile platform of them all, which can be used for 3D gaming and 2D gaming, Multiplayer gaming and single-player gaming, and those things without any charges. It is indeed amazing. At least I think so. If you want a one-stop solution for the gaming development of your choice then you should definitely once visit Unity 3D.

Unity does claim that 50% of the video games worldwide are made from their platform. The above 7 points make it clear, don’t they?