React Native As A Future Of Mobile App Development 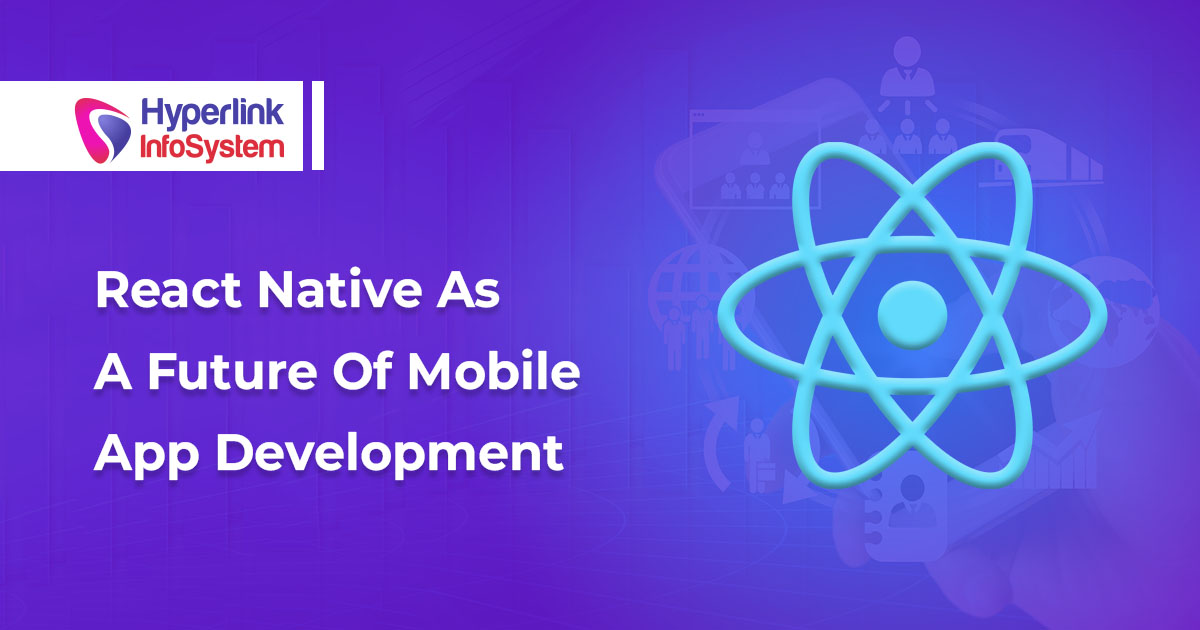 Okay, first of all, let me give you some outlines of the article. We are going to discuss the reasons, why react native could be the future of Mobile app development. But first and for all you should know what React Native term means? To be precise and short react native is an open-source mobile application development framework. This type of framework is basically used for iOS, Web, and Android.

React native is actually a creation of Facebook. The use of declarative components, it helps you compose a mobile application with rich UI designs. The application you want to build can be easily built using React native from the scratch.

But what if I tell you that you can build an application that runs on both operating systems. The gap between user experience and development can be filled with the help of hybrid app development. React native is prominent when it comes to building an application with advanced features for both android and iOS.

It is clear from the introduction that reacting native is definitely gonna be the future of Framework app development. But what kind of qualities makes it this qualified. Let’s get to know the 7 reasons behind it.

7 reasons why React Native is best for mobile app development

Using React Native will save you a lot of time and money when it comes to building your application for two different platforms. Because each platform has its own building system and language, having one code base that is cross-platform can really make the job of creating your project faster and more efficient overall—without losing out on quality or performance. Because the languages (JSX, Java, Swift, or C#) are native to their respective operating systems, your software's performance is going to be smooth and built in a way that is compatible with other programs already on those OSes.

So even if you're not saving yourself time by only building half of your app once, you're also saving yourself the effort by avoiding lots of issues gathering dust while they get woken up every time your program gets opened on a new OS platform that it wasn't built for originally.

React Native allows one to develop mobile apps for both iOS and Android devices. In contrast with other frameworks, it provides a native experience which means that in order for a user to feel as if they are using an app running on the typical device.

3) Can be built for both Android and iOS

React Native has a huge range of supported platforms from which you can develop. The two major ones are Android and iOS. Developing native applications on different platforms requires extensive knowledge of the platform's technologies respectively. For iOS apps, Objective C or Swift is required in your skill set, but for Android, you'll need to understand Java to get it up and running successfully.

Consequently, if you want to stay at the forefront of app development by learning new technologies as they come out then being familiar with React Native would be ideal!

React Native focuses on UI design. It is a good alternative to MetroJs that are best for UI. Most of the apps built on React Native comprise a highly responsive interface. It gives a strong performance for mobile environments, keeping the smooth feel of an app. React Native makes the load time faster and compatible with mobile devices.

Using third-party plugins is helpful when developing an app. This is mainly the reason why React Native uses the principle of linking some plugins with already built-in tools. As mentioned, there are both benefits and drawbacks to this implementation but in general, it's good to know that company will provide support 24/7 for its users especially if there is a newer or older version of the Operating System.

Initially, this framework was meant to work with the iOS platform. However, its popularity raised to an extent where lots of developers started working on the Android platform as well! Eventually, React Native got updated to be compatible with both platforms. One of the awesome things about React Native is that it enables developers to use a single code for developing their app for both, iOS and Android. Moreover, React Native is also compatible with other platforms like tvOS, windows, and so on. As a result, businesses have access to multiple options when developing their apps using React Native at lower costs!!!

React Native is one o the best platforms to build a mobile application, it is open source and the source code can be used more than once. Which reduces the time to write the code. The high-quality applications can be built using React Native. In a digital world, it is identical to these reasons that React Native could be the future of Mobile app development.

Also Read | What To Know About Mobile App Development In 2022