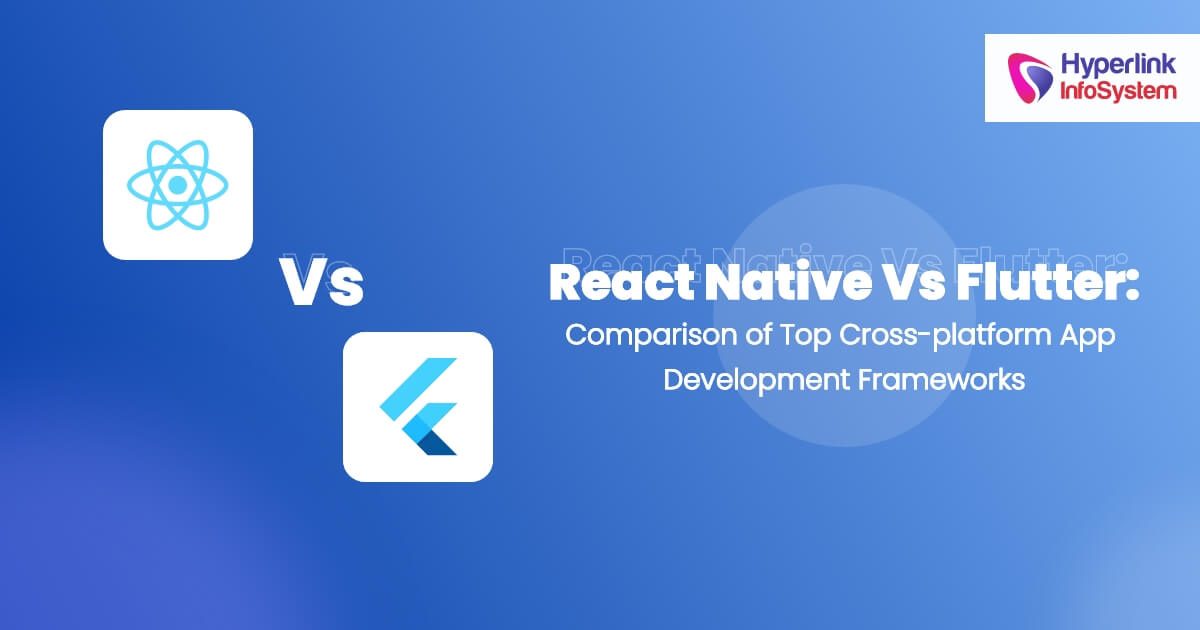 React Native is built with one of the most popular programming languages, which is JavaScript. Even an amateur mobile app developer in Canada will know about Javascript and can work on it well. If any problem occurs it was released years ago so it has a vast developer community. So, there are two possibilities that any developer will face while working on React Native.

With that, we can clearly say that adapting React Native is comparatively easy when you are short on time and don't have time to explore the framework.

On the other hand, A cross-platform app development framework developed by Google is comparatively new in the industry. But Google provides lots of training material in the form of lectures and video tutorials to encourage developers to learn and switch flutter. The documentation contains lots of examples, multiple aspects to work with the framework along with a comprehensive guide to build the entire interface and write test as well.

The framework author provides a detailed manual that can help to develop various elements for cross-platform mobile applications. A specific and Flutter-friendly architectural model - the BLoC is also available for support. Flutter is also working on providing web development services. That being said if you are an experienced developer who likes to explore and accept challenges Flutter is surely for you.

Flutter and React Native both are seamless, fast and productive enough as they both work on Hot reloads. Hot reloads makes the coding productive by allowing them to make changes and updates in real-time. It provides the code structure and syntax that are logical and easy to understand. Along with that it also provides easy configuration and installation.

Both provide exceptional code reusability. But with flutter, you can be at an advantage as it provides libraries made by fellow developers. It can help you speed up the app development process. Apart from that both React native and flutter development productivity is on a high-level providing exceptional results, no matter which one you choose.

When it comes to building app releases, If you choose React Native, you have to build everything natively. You will not have much to look forward to as it offers limited android studio/XCode support. The mobile app development industry in Canada has to manage two platforms.

On the other hand, Flutter offers plugins for Android Studio and Visual Studio Code that developers can facilitate in the development. It also provides project creation, debugging and the Hot Reload function support as and when needed.

React Native uses JavaScript and Flutter uses Dart. Both of them have their own advantages and disadvantages. java script has been in the industry for so long. That is beneficial for experienced developers to build mobile applications for React Native using their expertise. But when it comes to Dart, it is easy to learn and adapt even for new app developers who have relatively no experience working with cross-platform mobile development language.

So, there is one thing you have to keep in mind: the proficiency of the developers you want to hire. It would be more comfortable for the developers to work on cross-platform development frameworks, they have previously worked on no matter what the community says and suggests.

None of them lacks when it comes to the performance of cross-platform app development. but if we compare just two of them, Flutter is more smooth and seamless compared to React Native. The main reason for being React Native slow is that it works with Native and javascript. So it requires third-party libraries and tools to add more features, which relatively affect the performance a bit.

Flutter is more independent because it never demands such third-party tools and features to develop advanced UI. Flutter has the type of architecture that has everything within itself. It helps to keep up with the speed while providing more stable and secure app functionality.

React Native uses a JavaScript bridge to develop native iOS and Android components that provides an actual native look and feel to the mobile application. There are various third party pre-developed components that mobile app developers can use to build various hybrid cross-platform mobile development. One of the biggest problems that React Native applications can face is they might work differently on different platforms. react Native can not handle more complex app interfaces efficiently as well.

Website and mobile app development company developers can update the codebase and view those updates in real-time because of the Hot reload feature. It requires just milli-seconds to reflect those changes.

Flutter, a cross-platform mobile development language is platform-agnostic as it owns widgets and designs. That means users can have the exact same app on two different platforms. It does not demand much effort even if you want a different mobile application for different platforms. Google is also going to launch Flutter for the web, which will provide the same services for Android, iOS, and the web as well.

As it provides one codebase for multiple platforms, it saves the testing and quality assurance process time. It provides the privilege to code more and test-less features to a mobile app development company in Toronto. It also enhances the development process.

Due to the Skia Graphics library of flutter, it will revamp the UI whenever the view changes. flutter provides a smooth UI and delivers 60fps because most of its work is done on GPU( graphics processing unit).

5. Designs your users will love

Flutter is an independent platform as it is not dependent on native system components. Flutter provides its own set of custom widgets. Flutter's graphic engines render and manage those widgets. That will provide different UI components from typical native apps to the users.

Flutter is relatively more attentive to the visual details same as the development details. Flutter's main objective is to develop customized widgets that can provide User-friendly UI.

No matter which OS version users have on their device, it provides the same app look to every device that exists out there.

Flutter is one of the best options if you have to develop a Minimum Viable Product in a short span of time.

1. Size of the developer community

Flutter is not as old as its brother (React Native). So of course it has a lot of work to do and increase and educate the community size. The community has the responsibility to increase the size as well as to educate its audience, provide support to young immature app developers. It will take some time. But it is not as much of an advantage as growing at rapid speed.

Flutter provides less support for CI platforms like Travis or Jenkins at the time of development. So, it demands the usage and maintenance of custom scripts from the developers end for automatic development, testing and deployment as well.

Flutter is an open-source platform, but if Google decides to pull support for the project, it could be a hell on an earth situation for the developers. But we should not neglect the fact that ever since Google has launched the Beta version of Flutter, the only thing they have focused on is to make Flutter even better than ever. So, there is no chance google will back out even in the farthest future.

Just the same as Flutter, Website and mobile app development company developers can update the codebase and view those updates in real-time because of the Hot reload feature. It requires just milli-seconds to reflect those changes without rebuilding the whole mobile application.

2. One codebase, 2 mobile platforms (and more!)

Again same as Flutter, React Native cross-platform is platform-agnostic as it owns widgets and designs. That means users can have the exact same app on two different platforms. It does not demand much effort even if you want a different mobile application for different platforms. Google is also going to launch Flutter for the web, which will provide the same services for Android, iOS, and the web as well.

As mentioned earlier React Native uses Javascript as a development language. So, it is one of the oldest languages, it has wide community support. If you are more comfortable with statically-typed programming languages, It allows you to employ the Javascript subset - TypeScript.

As it says "Cross-platform", React Native lets the developer pick the solution they want based on their choices and project requirements.

Facebook rolled out the latest official release on March 26, 2015. That gave the team enough time to improve the APIs and fix every existing issue. so, as of now the Facebook team is working on improvements such as reducing app size.

6. Easy to learn for experienced developers

If you have significant experience with web and app development solutions, you are already halfway there. React Native does not demand to learn new libraries, tools and patterns. You can develop the solution in react native without much effort.

As mentioned for the Flutter development, it reduces the testing efforts by almost 50% as it demands the same codebase for different platforms.

1. It is not really Native

The freedom of choice is a boon as well as a curse for the developers. As it's always on the developers to choose the right navigation package, pick global state management and so on. It demands more time and effort to understand and develop the best fit solution as per the requirements.

Due to the native component usage updates after every operating system UI update, it will automatically update your mobile application components. And there are chances that it will break the application UI. frequent updates can cause damage to the Native Components API. Flutter is rather more stable than React Native.

4. Apps are bigger than native ones

Applications written in React Native should have to run Javascript code (JavaScript Virtual Machine). Android does not have this functionality by default – meaning applications need to include a library that supports JavaScript code, and delivers the mobile apps that are bigger than their native Android counterparts.

iOS apps made with React Native don’t have this problem, but they are still usually bigger than native ones. The good news? As we mentioned before, the React Native team is working on reducing their apps’ size.

As per our suggestion, Flutter can be the best choice for you. Flutter and react-native both are the best for cross-platform app development. Their communities are growing as well. According to the survey, under the category “Most Loved”, Flutter was ranked at 3rd place. Almost 68% of mobile app development companies in Toronto choose Flutter over other frameworks. These numbers are growing every day. It provides cost and time efficiency for every project no matter how big or small it can be. If you want to expand your business through mobile app development, reach out to our team of experts and they will guide you on how Flutter can help you with that.