React vs Angular For Web Development 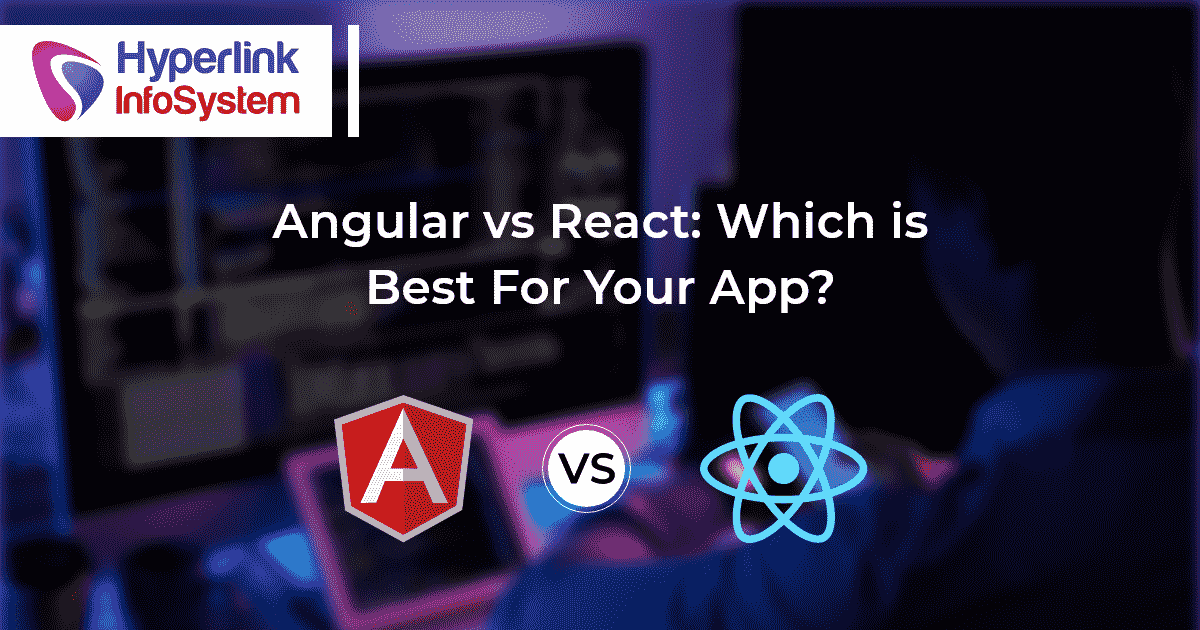 React-native had 10 million downloads within 6 months till Feb 2021. Whereas Angular had 2.1 million downloads in the past 6 months. As you can see, react native is the clear winner when it comes to popularity. But it does not mean you should go for react native technology. Because if the other 2.1 million is choosing Angular then there should be a reason to choose that. You should find out whether you belong to those 2.1 million or not. For that, we have to go through the technical specifications of both technologies.

Both the technologies Angular and React JS are really popular. But being an app developer there are various technical aspects that you should check before choosing the best suitable app development technology for your next project.

React native app development follows the break and rule concept. You can break down UI design into easy, manageable components when it comes to React Native. Every one of the parts is delivered by its present status. Angular also follows the component-based structure as well. Be that as it may, the distinction lies in how app developers in Canada develop and execute the components on Angular and React. being a complete development framework the app developers will have every one of the important components accessible no matter what you need within the framework.

React is the total opposite of it. React is delivered as an open-source JavaScript library that helps UI development. While React is likewise a vigorous environment, you will have to integrate it with various different third-party tools that allow React to work the best.

Unlike Angular, react only supports one-way data binding. That allows data to flow from parent to next, no other way around. Bidirectional binding is not an option to go for when it comes to React.

As per the performance, review react wins the race compared to Angular. The virtual Dom helps React to win the race delivering complex UI parts without demanding much effort from the app developers end. Users don't have to update every one of the visible components, a React-based application just necessitates delivering those changes by data changes.

Angular utilizes genuine DOM, which can influence the app performance when there are a huge number of components involved. In 2019, it released an update for steady DOM that chips away at change detection. The steady DOM approach works as a performance booster, yet it trails React just barely.

Before we discuss the scalability of both frameworks, you should know that React and Angular can handle your web application perfectly no matter how much it expands but in their own ways. As mentioned above, being a complete framework, Angular can handle the expansion of the application with its own features and tools. On the other hand, React might need third-party tool integration to handle the expansion. But it will be an easy task for mobile app development company Canada.

Which One to Choose?

We can not surely answer that. React and Angular both are just perfect in their own ways. However, we can surely tell you which one you should choose based on your priorities.

When to Hire Dedicated React Developers?

If your app development requirements demand heavy user interaction. If you want to use various UI components, using React's virtual DOM would be a perfect choice. The mobile app development with active user engagement demands developers on board. If the project requirements demand various buttons and form usages for different users then React is the only choice you should go for. Apart from that if your project is big and complex or demands a solid Javascript background then hire a react developer for your project without taking any chances.

When to Hire Dedicated Angular developers?

If you need enterprise web apps then hiring angular developers is worth the shot. The typescript based advanced features such as auto-completion, navigation and so on are easy to work with while using the Angular framework. The biggest advantage of Angular is, it is built by Google so if you want a PWA then you should definitely choose AngularJS. Apart from that if you want dynamic content for your web application then AngularJS is the clear winner.

I hope this blog has helped you to choose the best suitable framework for your project. If yes, you should know how much it can cost you to develop a mobile app in Canada. And do not hesitate to drop your project requirements to us. Our team of experts will go through your project requirements and will suggest that we provide all the support you need to hire a dedicated app developer in Canada as we have a team of experienced developers working on the clients' requirements to provide best in class solutions that can justify their necessities.