Why You Should Consider Mobile App Development Using Python 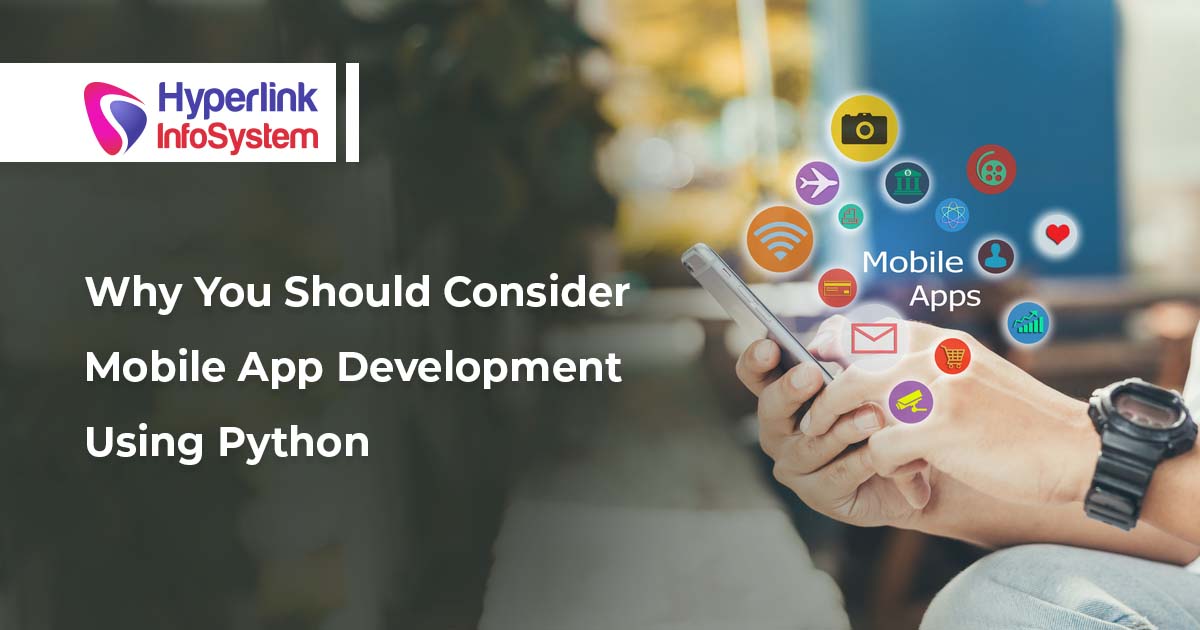 Python is a programming language that is versatile and can be used for developing a range of applications, from simple desktop applications to complex web services. It is also relatively easier to learn in comparison to other languages, which makes it a good choice for beginners. Mobile app development is one area where Python can be particularly useful.

One of the main advantages of Python is that it is cross-platform, meaning that you can develop apps for multiple platforms using the same codebase. This can save you a lot of time and effort, as you only need to write your code once and then compile it for each platform.

2) Python is Easy to Learn

As mentioned above, Python is relatively easy to learn compared to other languages. This makes it a good choice for beginners, as you will be able to pick up the basics quickly and start developing your app without too much difficulty.

3) Python has a Large Standard Library

Another advantage of Python is that it comes with a large standard library, which includes a wide range of modules that you can use for developing your app. This means that you won't need to install any third-party libraries, saving you time and effort.

Python is an open source programming language, which means that anyone can contribute to its development and improve its functionality. This makes it a good choice for developers who want to be able to customize their environment and add new features as they see fit.

5) Python has a Supportive Community

Finally, Python has a large and supportive community, which can be helpful if you run into any problems while developing your app. There are also a number of resources available online, such as tutorials and code examples, which can help you get started quickly.

Overall, Python is a versatile language that can be used for developing a range of applications, including mobile apps. If you're looking for an easy-to-learn language with a large standard library and support from a vibrant community, then Python could be the right choice for you.

Also Read, How Much Does A Dating App Development Like Tinder Can Cost?

Why Python is Best for Mobile App Development?

Python has a wide range of libraries that make mobile app development simple and efficient. These libraries are well-documented and easy to use, which reduces the learning curve for developers. Additionally, Python is not limited to specific platforms or devices, so it can be used to develop apps for a wide range of devices.

Hire Python Developers, Python also offers a number of benefits for developers, including:

All of these factors make Python an ideal choice for mobile app development. Python’s wide range of libraries, clear syntax, and supportive community make it an excellent choice for any developer looking to create efficient and reliable mobile apps.

Also Read, Why You Should Hire A Remote Developers?

What Are the Advantages of Python?

Python is a powerful programming language that is used widely in numerousindustries today. Python is easier to learn for beginners and has many libraries and moduleswhich allow for programming that is robust. Python is a language popular for scientific computing, web development, artificial intelligence, data analysis, and more. There are many reasons to learn Python, but some of the most popular reasons include:

Python has a very simple syntax which is easy to learn for beginners. Additionally, Python comes with a large standard library which includes many libraries and modules that you can use without having to install them separately.

Python can be used for many different tasks such as scientific computing, web development, artificial intelligence, data analysis, and more. Python is also popular for its scripting capabilities which can automate tasks or create simple programs.

Python is a powerful programming language that can be used to create complex applications. Python also has many different libraries and modules that allow you to add additional functionality to your programs.

Python is an open source programming language which means that it is free to use and distribute. Additionally, Python has a large community of users and developers who contribute to the language and its associated libraries.

Python can be used on many different operating systems, such as Windows, Linux, MacOS, and more. Additionally, there are many different Python interpreters that allow you to run Python programs on any platform.

If you are looking for a powerful and versatile programming language to learn, then Python is a great choice. Python has many advantages that make it a popular choice for many different tasks and applications.

Mobile app development is a great way to create engaging and interactive applications for your customers. Python makes it easy to develop these apps quickly and efficiently. In addition, python-based mobile app development frameworks offer a number of advantages over other platforms, including cross-platform compatibility, scalability, and ease of use.

If you're looking for a quick and easy way to develop mobile apps, python is an excellent choice. In addition, the wide range of available libraries and frameworks make it easy to find the right tools for your project. With its many benefits, python-based mobile app development is a great option for businesses of all sizes.